I knew I couldn’t complete my Dopey Challenge recap without talking about the character stops! It’s one of the best parts! You see, throughout the races, Disney has characters out that you can take photos with. Everyone from Mickey to Genie to members of The Adventurer’s Club. Most of the stops have Disney Photopass photographers there to take your picture with the characters, which can be tied to your bib # for easy retrieval. If you don’t have Photopass, or don’t want to pay for it, the cast members there can also take a photo with your cell phone. It’s pretty awesome. As APs, we have Photopass and had planned to take full advantage of it.

It seems this is all we have between the 5k and 10k, but I know there were more. During the 5k we skipped Chip and Dale, Vacation Genie (he was actually out for all four races, in different places), and some of the guys from Move It! Shake It! We did stop for Clara Bell the cow outside of The Land during the 5k, as well, but that picture seems to have disappeared.

Jack and Sally from Nightmare Before Christmas

Sebastian from The Little Mermaid

Captain Jack Sparrow and Barbosa from Pirates of the Caribbean

Ro had to stop at a port-a-pottie, and as we did, I looked over and saw Jack Sparrow. I ran across the street and got in line, and she came out right as we only had one or two people in front of us. Perfect timing!

We waited in this line because Tinkerbell was there. As we were the next one’s up, Tink and another fairy left, so we missed them but got these two. 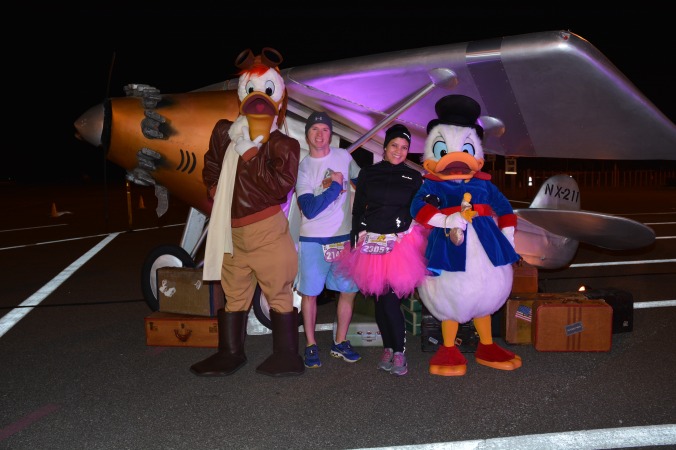 Yes! One of the longest lines we waited in, outside of Jack and Sally. 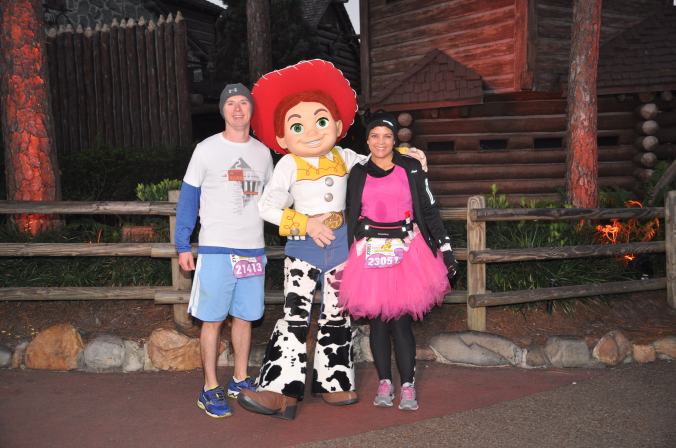 Jessie from Toy Story 2 and 3

Another stroke of bad timing, we waited in line for Woody and Jessie, but with just a few people in front of us Woody took his break. Oh well.

Rafiki and Timon from The Lion King

These guys went on break right before we got there, but we waited anyway. And kind of odd that it was Rafiki with Timon, and not Pumba. 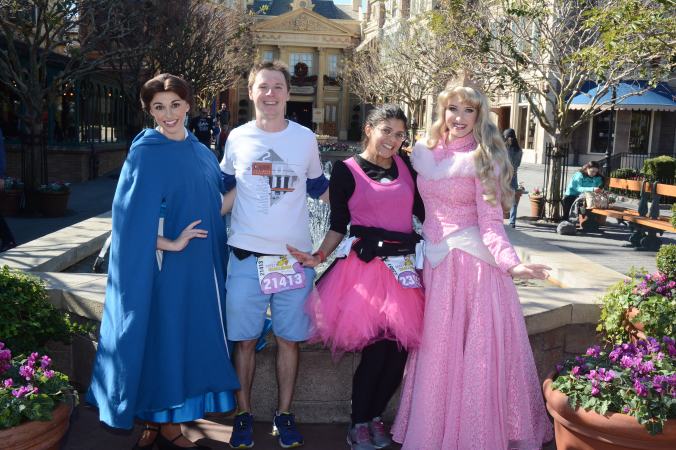 In the athlete’s village area, several of the big name characters were out. Each of them would have insanely long lines during the day of their race (aka Pluto on Thursday, Donald on Saturday, Dopey on Sunday), so we opted to take them during other days. 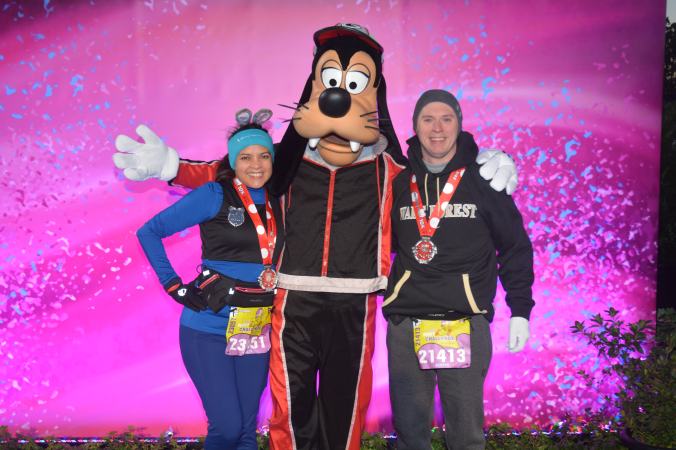 All in all, the photos were great. We took a few with our cell phones as well, since a few of the stops didn’t have a Photopass photographer. If you’re debating getting Photopass for race weekend, do it! We love it.

And with that, my Dopey Challenge recap is complete. It was an incredible experience. The first question we get asked is, “Are you crazy?!” The second is usually “Would you do it again?” To that I say, maybe. Not every year, that’s for sure, as it’s very expensive and takes up a great deal of time. We have the privilege of living close by so we can visit the parks often. But for many people, race weekend is also vacation weekend. Trying to manage the races, family, having fun, etc. is just too much for me. Maybe we’ll do it again for the 10th anniversary, but for now there are other races and other goals to do first.